Brandon is a South African qualified Podiatrist with over 22 years of clinical experience with special interests in clinical biomechanics, podo-paediatrics, diabetes and complex wounds 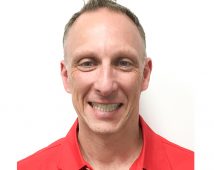 Brandon is a South African qualified Podiatrist with over 22 years of clinical experience with special interests in clinical biomechanics, podo-paediatrics, diabetes and complex wounds. In 1999 he started Podiatry units in six hospitals including, three trauma rehabilitation, two psychiatric and a Leprosy unit while working for a Hospital Trust supporting the South African Government. He founded and co-owned the first digital orthotics laboratory in Cape Town, South Africa.

In 2015 he completed an MSc in Diabetes Medicine from the University of South Wales. Since then he has been lecturing on the diabetic foot to endocrinology registrars at the world-famous Groote Schuur Hospital in Cape Town. He is currently pursuing a PhD in Physical Medicine focusing on neuropathic gait and its implications in sport and rehabilitation.

The immediate past-president of the Podiatry Association of South Africa, Brandon served 18 years on its executive including two terms as its president. Full Fellowship was awarded to him by his colleagues in recognition of his contribution to podiatry in South Africa.

Further, he was involved in the inception of the largest multi-disciplinary team for complex wounds in the Western Cape and was an active member for over five years. He remains, as a result, the Podiatry content editor for the journal Wound Healing Southern Africa.